I love data visualization, and one holiday my partner surprised me with the book Dear Data. The book is a series of weekly letters two data analysts wrote to one another with visualizations of data on random topics. One week they tracked the number of times they said “thank you,” for example; another week, they counted the number of times they looked at a clock. In their letters, they visualized their data. One of the most interesting parts of the book was seeing how differently they could plot the same type of data.

Some friends and I decided to take a stab at it ourselves: for three weeks, we collected data about transportation and travel. I decided to quantify my walks to work. I used the GPS Logger for Android app to get 1 Hz time series data for 44 commutes. Data collection began the moment I left my apartment building or work, and ended when I touched the door handle of my destination. All code to reproduce these plots can be found in this repository. 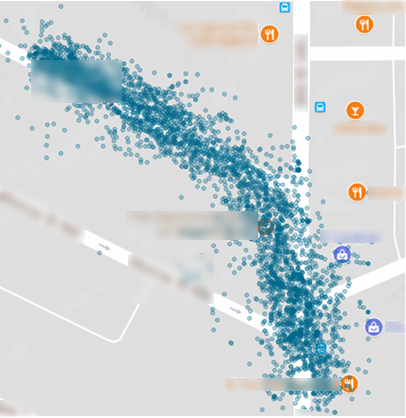 Above, the GPS coordinates for my walks are overlain on a Google Maps image of my commute. There exists substantial noise in the GPS data (I wasn’t actually passing in and out of buildings on the walk… or was I??), but overall the data show a clear trend of walking down my home street, turning onto a busy street, and stopping at my coworking space. [Just because this is the internet, I’ve removed all identifying info from the figures and text.]

Another way to visualize this is to use a perspective plot. Here, the heights correspond to the amount of data collected at that particular location. 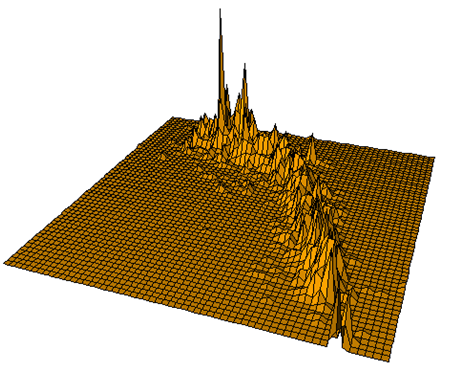 Below, the histogram on the left shows the distribution of commute durations, with the color corresponding to my mood at how long my commute took! The histogram on the right shows the GPS Logger’s speed recordings. According to these data, I spent approximately 21% of my commute waiting for a street light to change, most likely to cross the major street.

Combining the commute and speed data

Were there certain regions of my commute where I tended to move more slowly? The data are too noisy to get a nice answer for this question, but if we squint at the plot below, we can see a bit of a trend at the intersections of the major street and a side street, when I generally tended to wait. The GPS data were binned by location and the bins are colored by average speed. 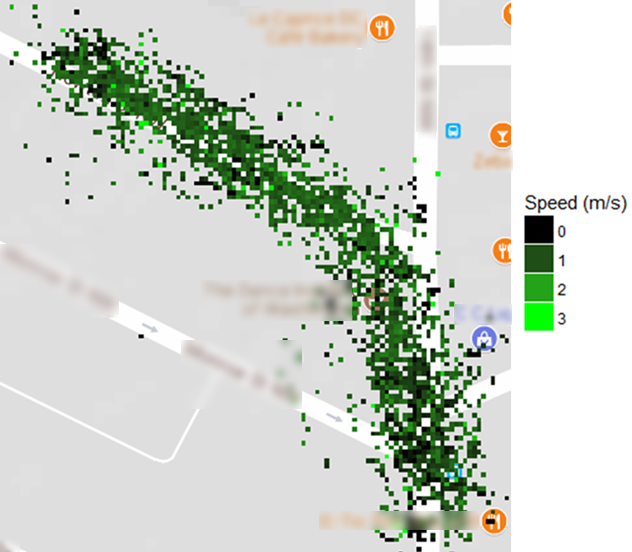 For some next steps, it’d be neat to visualize each actual trajectory, rather than just all the locations. The challenge here is that because the GPS signal was often noisy, some decent filtering would be required, e.g. with a Kalman filter.

Another step in the right direction would be collecting additional data on my walk, such as whether I hit a red or green light when needing to cross the major road, and then build a model to predict how long my commute would be. Since it’s cumbersome to take notes while walking, it’d probably be easier to build a sophisticated camera setup and computer vision algorithm to automatically parse features from my walk. Check back in a few years for that one.